This installation is intended as a curiosity cabinet of physical and immaterial found objects that reflect Doha’s fascinating cultural dynamics. Representative items were collected and inventoried, and placed either in shelves or in the qarqur (fishing baskets typical of the region) suspended from the ceiling. The shelves held digitally found objects as well: photographs and analytical maps looped on monitors placed face up. Also on the shelves were a series of moving images, each capturing a set of the city's flows: cars, birds, dust, and fish. 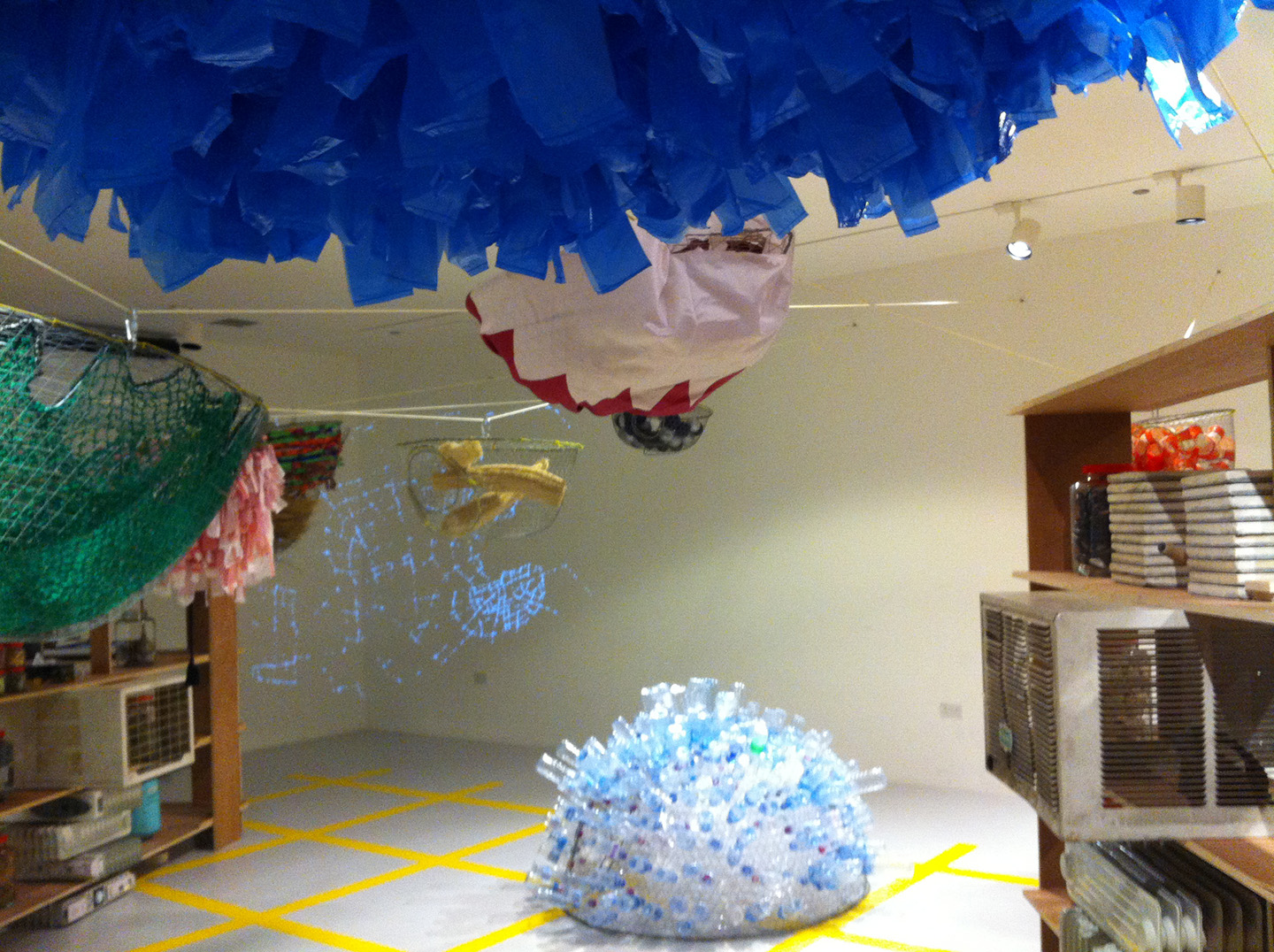